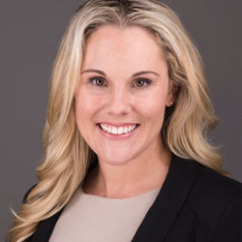 “I am so appreciative of the work done on my behalf in my adoption case by Attorney Megan Strait. I reside in another state and needed an attorney to begin adoption proceedings quickly. Attorney Strait had the paperwork we needed for my daughter to be discharged from the hospital into my care. We completed numerous tasks over the course of about 17 months, and the adoption was finalized. Attorney Strait was kind, patient, and thorough.”
– Alisha Wheeler

Megan concentrates her practice in the area of family law, including divorce, custody, adoption, child support, alimony and spousal support, as well as the distribution of assets before, during and after marriage. Prior to joining the practice, Megan was an associate at the Benn Law Firm in York, Pennsylvania. Megan also worked for the Dauphin County Public Defender’s Office and Serratelli, Schiffman & Brown, P.C. as a Certified Legal Intern before becoming an attorney.